Google Home Statistics That Predict the Landscape of Smart Speakers

Our appliances, gadgets, and gizmos are getting smarter by the minute. For a while now, it’s been clear that the smart device trend isn’t just a passing fad, but a vision of the future. Soon, all of our possessions will be connected and available for remote micromanagement.

In November 2016, Google entered the smart speaker market with Google Home, featuring Google Assistant, its voice control software. The market was then, and continues to be, dominated by Amazon’s Alexa. However, the following Google Home statistics and facts seem to predict a shift in power relations.

Within the network of appliances, the smart speaker acts as the hub and interface for human control. That’s why it’s one of the most crucial pieces of gear a smart home can have. No wonder, then, that more than one in five adults own a Google Home. But don’t expect to regularly see a Google Home purchase among the 60 and up demographic. It’s fair to predict that devices like these may take a little while to catch on in some age groups.

In order for devices to connect to Google Home Assistant, the apps must be compatible. At the beginning of 2018, Google boasted that their device could pair up with over 1,500 devices. The fact that this number rose to 10,000 by the end of that same year is a certain testament to how rapidly Google Assistant is growing and developing.

3. How many Google Homes have been sold? By the end of 2018, 52 Million Google Home devices had been sold worldwide.

The US market clearly dominates in Google Home purchases, with 43 million devices bought in the country. This means that there were still another 9 million sold outside the US. As we can see, the Google Home virtual assistant is slowly but surely staking its claim on the smart speaker market. This fresh piece of data was released just a day before Christmas in 2018.

It should be noted that there are several households with multiple smart speaker devices. To keep your smart speakers interconnected and to make sure they’re communicating efficiently, you can always make Groups in Google Home. This will help “group” the devices you specifically want to work together.

4. The revenue from Google Home is projected to double by 2020.

That would bring the revenue to almost $7.5 billion. Their profit margin of 25% is projected to stay the same, which would bring in around $1.8 billion in profit.

This contributed roughly $850 million to Google’s overall gross profit in 2018. After all, the product is pretty easy to find. You can buy Google Home at Target, Walmart, Kroger, and all major retailers.

This piece of data shows the rising trend of Google smart speaker products against the still dominant Amazon Alexa. And we’re seeing Google Home Assistant grow even more popular in 2019. However, Amazon’s product is still king, with its whopping 61.6% share in the smart speaker market.

7. Google claims there are more than one million actions available for Google Assistant, dwarfing the estimated 30,000 skills available for Amazon Alexa.

This number shows a massive improvement from January 2018, when Google Home only had 1,719 actions. A single voice command that can be issued to a Google Home personal assistant is called an “action.” These new actions are added by the third-party companies that manufacture the different appliances the system connects to. Google also factors in the searches you can make using their device.

If you look at it that way, there is an almost endless number of actions Google Home can complete. That being said, Google needs to catch up with the quantity of third-party commands their main competitor, Amazon Alexa, supports.

8. In a recent comparative test, Google Home was the only smart speaker to understand 100% of the queries directed at it.

Google’s AI algorithm that governs speech recognition is clearly unparalleled. Having the only perfect score in “hearing” commands is a clear indication that the Google personal assistant device trumps its competition. Not only that, but there is a sharp difference in “understanding” queries. Google Assistant correctly answered 87.9% of the questions it was asked, while the second highest percentage was achieved by Amazon Alexa at an ostensibly lower 74.6%.

Thanks to the clear and unequivocal dominance of their sophisticated AI algorithms, the Google Home statistics are looking up for the corporate giant. It’s projected to take over the smart speaker market by 2020 with a 48% global share. Its main competitor, Amazon Alexa, is projected to fall to 37% from 52%, which it holds currently.

10. Google Home speakers can understand two languages at once.

In August 2018, Google Home became the only smart speaker system that could understand two languages simultaneously. This feature uses LangID technology developed by Google. It’s especially useful for multilingual households, which aren’t exactly rare in the US. Yet another benefit that Google’s impressive algorithms provide, this is a big advantage that its competition just cannot achieve. Google Home statistics continue to show that soon it will be the new king of smart speakers.

As things stand now, Google Home has gained a sure foothold in the smart speaker market. And things can only go up for the major corporation. Their investments in AI research will surely pay dividends as new technologies merge together.

Does Google Home record what it “hears”?

Google Home only records your voice after you say its triggering keyword. By default, that keyword is “OK Google,” but you can change it to whatever you like. Just make sure it’s not something that you often say when you aren’t speaking to your device. While Google Home may not always be recording, it is constantly listening.

That all depends on what you use your device for. Some features, like smart thermostats, use very little data.

However, you need to be wary of features like Cast. Cast sends data packets in 20-second intervals. If left in a standby state for too long, it can send all the packets at once when awakened, which can really damage your data plan. Be sure to disable the Cast feature or reboot your device before you wake it.

Yes, Google Home is always listening, but—and this is an important caveat—it isn’t always recording. Google Home records only when you utter the keyword “OK Google.” When the device “hears” the keyword, it begins recording. It sends the recording up to the cloud and receives instructions back.

Nevertheless, you should be careful of what personal information Google Assistant gathers from the third party devices connected to your smart home system. You can always delete recordings from the cloud, but Google Home statistics show that hardly anyone has the time and patience to micromanage the information Google and other big companies store about them.

What percentage of Google searches are voice?

The prediction is that by 2020, 50% of all searches will be voice searches. Of course, we aren’t there yet. However, the number of voice searches compared to regular, typed searches is rapidly moving in favor of the former, according to most voice search statistics. 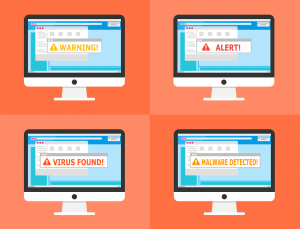 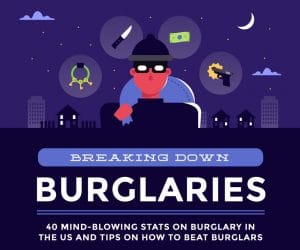 Burglary Statistics 2020 (Infographic) - How Safe Is Your Home?

Related Articles
We will be happy to hear your thoughts

The 10 Best Smart Thermostat Devices for Your Home