Over the past few years, we have seen high-profile cyber attacks steadily increase among national governments. The web has become the battlefield of choice for developed nations. Cybercrime technology is growing at a breakneck pace. International laws and regulations are no longer able to effectively keep up with and potentially sanction cyber attacks and cyber warfare.

All industries that sustain contemporary societies rely on computer science to function, and this creates avenues in which they may be attacked. This subtle and often profitable, way of waging war without causing any physical harm has resulted in new challenging global threats.

In the following text, we will cover the most telling cyber warfare statistics, and show how their linkage with the cybercrime industry in general. You will observe the most recent info related to state-sponsored online attacks as well as get a chance to see how the battlespace context of cybercrime has evolved over the years.

1. What is cyber warfare?

2. $600 billion, or 0.8 percent of global GDP, is the cost of cybercrime and espionage on a global scale

Cybercrime is the third most profitable type of global crime, right behind government corruption and narcotics. This is probably due to high outreach and a low risk of prosecution.

The investment covers either existing cyber crimes or other severe offenses like trafficking, terrorism, or cyber warfare. It’s important to mention this stat in the beginning because it helps you understand how other types of crime and online warfare are interconnected.

Even shallow scrutiny of items available on online markets confirm that cybercriminals reinvest into cyber war attacks and other problematic fields. Along with over 250,000 listings of illegal drugs, this online darknet market stored toxic chemicals, counterfeit goods, firearms, access devices, and fraudulent IDs.

5. 25% of all cyber-attacks are espionage

Espionage is the theft of information or confidential data from either governments, companies or natural persons. The industries most affected are manufacturing, education, and public administration.

6. 94% of all cyber attacks are espionage in the manufacturing sectors

Many foreign countries might hire state-sponsored attackers in an attempt to stay competitive. A great way to save money is to save up on your own intellectual property. This is a likely reason why cyber-espionage is the predominant type of data breaches.

The United States spent billions of dollars on joining the cyber capabilities of the Army, Air Force, Navy, and Marines. They are one of the top countries to be attacked in cybercrimes, and some of them are state-sponsored. It is then no surprise that they are on the top of the list.

8. China: 70 % of America’s corporate intellectual property theft is believed to originate from China

China does not seem capable of bettering the US forces in direct, military terms. The US outspends them by more than 4-to-1.  Instead, they decided to shift their focus to government and commercial espionage. China’s cyber warfare efforts could be aimed at achieving the Made in China 2025 milestone. This refers to their ambition to produce higher value products by the year 2025.

Potentially state-sponsored hackers managed to breach one of the most significant systems, proving they have a powerful infrastructure one should be careful about. One of the top cyber attack countries affected hundreds in a huge, long-running campaign that could have caused blackouts.

10. Israel: About 10% of global sales of computer and network security technology comes from Israel

Technology is rapidly growing in Israel, with thousands of startups popping up every year. Tech companies bring immense value at tens of billions. It is then no surprise this country is on the list.

11. UK: A new UK cyber force with over 2,000 operatives will cost hundreds of millions of pounds

Primarily as a response to potential cyber warfare attacks from Russia and Iran, the UK plans to make their idea of becoming one of the world’s top 5 cyber powers a reality.

12. Iran:  Iran is behind attacks on dozens of sites from across the Middle East, North Africa, Europe, and North America

As stated in January 2019, Iranian cyber attackers could be responsible for a wave of hacks on government and communications infrastructure worldwide, one that will require a coordinated global response to fix. This raises doubts about Iran’s cyber warfare efforts being their latest contribution to global cyber crime statistics and trends. Additionally, Iran held its first cyber drill in 2012 and increased the budget dedicated to cyber operations by $20 million from 2013 to 2016.

An alleged North Korean spy helped carry out cyber-attacks against the National Health Service. The sensitive nature of this industry caused significant operation cancellations. Ambulances were diverted, and the records of many patients became temporarily unavailable. North Korea cyber threat is immense, as the same man could have been behind many other cyber attacks targeting the U.S, including the 2014 Sony attack.

14. Australia: in 2017, it was announced that Australia would double its defense spending, including the 1700 new posts in cyber-related roles

The Australian Navy and Air Force are veterans when it comes to cyber activity, and the Army is ready to join in. The potential cyber threats to national security from China and Russia could be behind this change of heart.

15. Canada: $1 billion was requested from the federal budget to address cybersecurity

This appears to be a convincing proof that this country cares about the safety of their data and connected devices.

16. Saudi Arabia: Cybersecurity is the fastest growing sector in this country

Following a series of life-threatening assaults on petrochemical companies, Saudi Arabia is distraught. The goal of the 2018 attack was not to simply steal data or shut down the plant. Investigators believe it was meant to sabotage the company’s operations and maybe even cause an explosion. This disturbing cyber warfare news is behind Saudi Arabia’s substantial security investments.

A series of state-sponsored cyber attacks by Russian hackers affected a number of routers and storage devices in 54 countries. This is believed to be an attempt to cause damage to Ukraine.

18. A 2015 cyber attack on the German Federal Parliament forced authorities to shut down computer systems for days on end

The Bundestag lower house cyberattack was said to have caused severe harm. Multiple political parties such as Junge Union and Sahra Wagenknecht were affected. Authorities feared the attackers might use the info to influence the following federal elections. It is believed that a Russian cyber threat represented by a hacker group known as “Sofacy” was behind the attack.

19. Russian hackers accessed the voter registration systems of 26 US states before the 2016 election

The Department of Homeland Security confirmed that 26 states were targeted, but not all attempts at penetrating the confidential info were successful. Still, this was a wake-up call for many states to do something about their cybersecurity, as stated by the DHS secretary. In reality, little has been done to improve cyber warfare statistics.

20. 10,000 US Defense Department employees’ Twitter accounts targeted by Russia in 2017

Pentagon officials say that the scale of spear phishing is unlike anything they’d seen before. In the case of Russian cyber warfare capabilities, highly personalized messages are used, targeted at specific users.

A large and sophisticated group of professionals was set up to spread propaganda regarding Russia’s invasion of Ukraine and other matters of interest. Allegedly, these people post 135 comments in 12 hours via Twitter and Facebook.

22. Hundreds of gigabytes of confidential data stolen by Chinese hackers associated with the Chinese government

The US Department of Justice charged two men who targeted 45 companies across 12 countries, including the USA, Japan, Germany, United Arab Emirates, and Canada. They’d been operating for over a decade, continuing into 2018. They stole data from NASA, IBM, and others, which could make some of their crimes a form of cyber warfare attacks.

In a 2015 data breach attack, the hackers thought to be based in China ravaged the OPM databases. The retrieved information included performance reviews and training, and employee job assignments. The breach affected currently and previously employed workers.

Chinese hackers were indicted by the US Department of Justice. The cyber warfare threats pointed out in this attack are immense. With around 330,000 active duty members, the US Navy was significantly affected.

25. The number of Chinese cyber attacks on the US fell 83 percent after the 2015 deal

Presidents Obama and Xi Jinping reached an agreement meant to end Chinese industrial espionage. According to a 2016 report by FireEye, they honored their agreement, at least for a while.

26. According to cyber attack statistics in 2018, post-agreement cyber attacks on the US by China are on the rise

An NSA spokesperson stated that digital attacks against the U.S. financial, healthcare, energy and transportation sectors were on the rise after a brief truce in 2015 and 2016. Cyber crime statistics in 2018 are looking bleak.

The Cyberwar Threat of State-Sponsored Attacks

27. Between $57 billion and $109 billion, the estimated cost of malicious cyber activity for the U.S.

In a report from 2018, the Council of Economic Advisers tried to determine the damage cybercrime has done to the U.S. economy. They included denial of service attacks, data and property disruption, and the theft of confidential data and intellectual property.  This somewhat answers the question of how much does cyber warfare cost.

This wave of hacks exposed millions of current and former employees of the US government. The information on former workers (some dating back to 1985) is often easier to access. Stale data is not as protected as the new data.

29. The FBI had to notify 3,000+ companies that their confidential data had been breached in 2013

Victims ranged from small businesses to huge, impactful defense contractors and some of the biggest retailers on the market. A staggering 7 percent of U.S. organizations lost between $50,000 and $1 million or more. Cyber warfare statistics don’t only include attacking governments: espionage and attempts at crippling a country’s economy could fit the bill.

30. 75% of recent breaches and cyber attacks on the USA were perpetrated by outside forces

Only 25% of attacks were caused by internal actors, according to Verizon’s Data Breach Investigations. What is truly surprising, is that 18% of the overall cyberware threat was caused by state-affiliated groups. Organized groups of criminals were behind 51% of attacks.

This was at the very height of ISIS Twitter activity. ISIS is also present on YouTube, Twitter, Instagram, and Tumblr, sending out social media threats and spreading propaganda. Today, dangerous groups are increasingly using social media attacks to recruit followers, and fund their criminal activity.

32. ISIS operative Mohamed Elshinawy received around $8,700 from the organization via PayPal

This American citizen was arrested in 2016 in Maryland. He received 5 PayPal payments from a senior ISIS official. According to an affidavit, he used these financial assets to purchase a laptop, a cell phone, and a VPN.

33. In 2018, data breaches cost businesses between $2.2 million and $6.9 million on average, depending on the number of compromised records

According to a study sponsored by IBM, these business threats have become as common as the common cold on a global scale. Companies had to spend more money on security and investigations. The global cost of data breaches has risen in 2018.

Maybe 10 years ago, everybody was frightened of the very idea of cyber attacks and a cyberwar. The dangers were so hyped and the visions of the future so apocalyptic, that what is happening today might appear underwhelming in comparison.

As cyber warfare statistics show, it is rather difficult to differentiate between state-sponsored and ordinary attacks, and countries seem to blame their preferred enemies almost arbitrarily. One must still take into account that governments and high profile private companies are victims of espionage and even sabotage, at times.

Cyber battles are fought subtly. Low-profile criminal organizations are subverting foreign nations in ways that are more sophisticated than what we could have imagined years ago. It is, therefore, a good idea to stay safe and mind your employees, your customers, and your intellectual property. 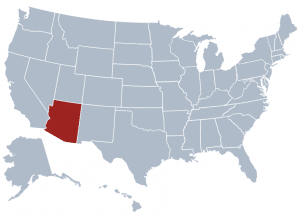 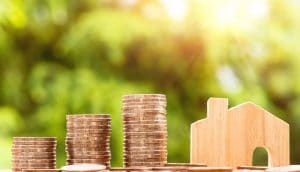 Why and How Smart Security Leads to Home Insurance Discounts

16 Devastating Medicare Fraud Statistics: How Bad Is It?

How to Select the Best Pet Camera