How Voice Search Is Changing Our World

Siri was first released back in 2011 and has truly revolutionized the way people interact with content on the web. This smart voice assistant uses a combination of speech recognition technology and natural language processing to understand the voice queries and come up with the best answer possible. Millions of people use these devices nowadays, and they have a lot of options to choose from. Besides Siri, there is also Alexa, Google Now, Cortana, Bixby, and numerous others. However, Siri statistics show that it is still the most popular smart assistant out there.

What are voice assistants used for?

Voice assistants are incredibly versatile so their actual usefulness depends on the user’s needs. In addition to providing answers to a range of questions, these assistants can make appointments, control home devices, play media files, and perform dozens of other tasks. Voice-controlled AI can be integrated into mobile apps (as it is the case with the iPhone Siri feature) or specially designed smart speakers.

1. In 2018, Apple announced that there were 500 million devices in the world that used Siri voice assistant.

While announcing the arrival of its smart speaker device, HomePod, in January last year, Apple casually shared the information that Siri was available on half a billion devices around the globe. This seemed to be a direct stab at one of the greatest Siri competitors; Google Assistant was 100 million shy of that number.

Based on the results of a survey that included 1040 U.S. citizens, 44% of smartphone users prefer Siri to any other virtual helper. Google Assistant is second with 30%.

3. 98% of smartphone users have tried Siri but most of them don’t use it.

Although Apple might boast that 98% of users have tried Siri, the truth is that a lot of people don’t really use it. The high percentage can be explained by the fact that models after the iPhone 4S come with pre-installed Siri and most users are willing to try it once or twice.

4. According to Siri user statistics, 62% of iPhone owners use the assistant in their cars.

Siri is the ultimate hands-free device so users can make calls, send out texts, or do research while driving. It’s safe and efficient, and can even assist with the best GPS navigation system.

5. In addition to that, 20% of iPhone users just don’t feel comfortable using voice search in public.

As useful as this technology can be, it is still far too overt in nature for many people. In fact, one-fifth of iPhone users don’t like to use technology like Siri online in public, instead opting to use it in the privacy of their homes or vehicles.

6. A study published in April 2017 found that 29.9 million millennials used voice assistants at least once a month.

Slightly less than a third of millennials used voice-enabled digital assistants in 2017 on a monthly basis, and this trend seems to be increasing year after year. Generation X users are way behind, with the data showing they have about half as much enthusiasm about the technology.

Apple’s Siri has been criticized for lacking innovation and having flawed speech recognition software, but that still didn’t affect its dominance on the market. This probably has to do with the fact that Siri was the first voice-enabled virtual assistant available and many people recognize the brand as the ultimate representation of the technology.

Despite its success on the market, Siri stats show that the voice assistant still managed to lose 7.3 million monthly users in just a year. That number represented roughly 15% of its total U.S. user base.

9. According to Ars Technica research in 2011, Siri used an average of 63 kB per query.

One of the biggest complaints users had when Siri first came out was the fact that it seemed to use up a lot of data. Ars Technica decided to test this out and calculated that each query used an average of 63 kB. Considering it’s been nearly eight years since the assistant was released, its data use is much less of an issue now.

10. Statistics about Siri from 2012 show that it made up about a quarter of all Wolfram searches at the time.

Wolfram Alpha was Siri’s weapon of choice when it came to unearthing scientific facts or solving mathematical problems. Unlike traditional search engines like Google, Wolfram doesn’t look for the answers on the internet. Instead, it trawls through its own enormous but reliable database.

The growing popularity of smart assistants is evident from the fact that 14 million people in the U.S.A. alone got their first smart speaker last year. These devices like Apple HomePod or Amazon Echo let you automate your home and communicate with your chosen virtual assistant.

12. According to Google, 52% of users keep their smart speakers in the common room.

The fact that more than half of buyers decide to place their smart speakers in the living room or family room suggests they consider them important. About 25% of people prefer to keep the speakers in their bedroom, and 22% in their kitchen.

Second place on the list goes to buying apparel and entertainment, including movies and music, at 21.15%. In third place, 18.94% of users buy games with the voice assistant. Users are least likely to use voice search to find local services with only 3.52%.

Apparently, one of the best ways for AI technology to improve its communication skills is by reading a truckload of romance novels online. Google Assistant pored through nearly 3000 raunchy novels to bring its conversation game to the next level.

The most common way to interact with a voice assistant is via smartphones, then cars and, finally, smart speakers. The four biggest providers of voice assistants are Apple, Google, Amazon, and Microsoft.

16. Only 4% of people use Samsung Bixby and Microsoft Cortana.

Samsung seems to be losing the race with Bixby, which came to life in 2017. The fact that Bixby users have noted numerous functionality gaps, lack of data sync, and voice recognition problems isn’t helping. Microsoft’s Cortana is in a similar position, and the company itself acknowledges its failure to create a top-notch voice assistant.

What percentage of searches are voice?

Based on calculations by Econsultancy, approximately 12% of all Google searches are mobile voice queries.

Who is smarter, Google or Siri?

A company called Loup Ventures recently tested all the major smart speakers by asking them to answer 800 questions. Google Assistant managed to get 87.9% of the answers correct, while Siri came in second with 74.6%.

Siri vs Alexa: Is Alexa better than Siri?

Although it’s a small difference, smartphone Siri seems to be slightly smarter than Alexa based on research by Loup Ventures in December 2018. Out of 800 questions, Siri managed to answer 74.6% of them correctly, while Alexa got 72.5%.

There is no doubt search by voice will take a leading role in the future. Why? Because as AI tech improves, smart assistants are offering faster and better results. Voice search statistics suggest younger generations will be more inclined towards this technology, starting with millennials, who are already quite interested in the concept.

One of the main reasons why Siri is still one of the most popular virtual assistants out there is the fact that it has been on the market for so long. People recognize the brand and trust its reputation above all. For many users, Siri is the very definition of a smart assistant. However, Apple may be worried that the statistics of Siri suggest users are dissatisfied with the lack of innovation and overall improvement of the software. If Apple wants to stay in the lead, the company will have to show its users that it – and more specifically Siri – is ready to listen.

Overall, this technology is still fairly new and has a long way to go. That said, healthy competition in the industry is pushing voice assistants to improve rapidly. There’s an abundance of Siri statistics that show how much enthusiasm users have for this type of innovation. Hopefully, the major players won’t let us down. 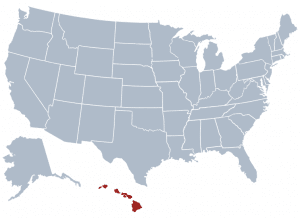 Table of Contents
1) How Voice Search Is Changing Our World
2) What are voice assistants used for?
3) Top Siri Stats To Remember (Editor’s Pick)
4) Siri Stats and Voice Search Statistics to Consider:
5) What percentage of searches are voice?
6) Who is smarter, Google or Siri?
7) Siri vs Alexa: Is Alexa better than Siri?
8) Key Takeaways