In the past, when you wanted to find someone, you had to go through the “White Pages,” which was always exhausting and took a lot of time. Those days are long gone. Now you have services like Truthfinder that will help you find someone with just their first and last name.

Truthfinder is a search tool and a background check service that allows you to search for anyone with just their basic information such as name, address, phone number, or email. After checking other Truthfinder reviews, we can see that not one has captured the full potential of the Truthfinder service.

That said, in this review, we will highlight all the essential things that the Truthfinder service has to offer, and hopefully, you will learn how easy it is to look someone up in the 21st century.

What Makes Truthfinder Stand Out

The Truthfinder service is one of the best background checks services in the US. The process of searching for someone is very simple and straightforward, as Truthfinder website reviews will point out. However, to see the good and the bad this service has to offer, we put together a list of pros and cons for you.

It has access to millions of public records and has helped thousands of US citizens reconnect with long lost relatives. We should also mention that the company has an A+ rating by BBB, according to customer Truthfinder reviews.

Since you know everything about the company by now, you might be wondering how many pricing plans Truthfinder has and how much they cost?

Similarly to other background check services, the Truthfinder service offers different pricing plans from which you can choose from. There are three different pricing packages, with each one offering different features that we are going to explain below.

However, many Truthfinder reviews complain that the service doesn’t have a trial period for customers to test the service.

The 1-month membership on Truthfinder costs only $30, which is acceptable compared to other background check services. With this membership, you can run unlimited background searches and do unlimited reverse phone lookups.

Actually, you can also put it this way — a basic Truthfinder report will cost you $1 if you do one report per day for the whole month.

For those who would like to use the service a little longer, the three-month membership is the right way to go. Just like with the one-month membership, the service offers you indefinite background checks and reverse phone lookups, only this time, the Truthfinder cost is $26 per month.

According to customer Truthfinder reverse phone lookup reviews, this is a fair price when compared to other background check companies.

However, we should also note that all of these pricing plans automatically renew unless you cancel them before the start of the month; so don’t forget to cancel your membership if you are not planning to go with the Truthfinder service. You can make your payments via a bank card or PayPal.

In this Truthfinder review, we will delve into all of the Truthfinder services and perks that go along with them. The service offers around ten features that you get with any Truthfinder membership you choose.

Additionally, for those who might think doing a background check is hard, the Truthfinder website provides a simple and straightforward experience for every use. Now let us go through each service individually.

The Truthfinder service offers a straightforward way of doing a background check on somebody. All you need is the first and last name of the person you want to look up, and the search results will show everything there is on that person, from personal to sensitive information, such as sex offender data or arrest records.

However, as of now, Truthfinder doesn’t function in the UK or any other country apart from the US.

Sometimes, going to the courthouse to find the correct public record you are looking for can be exhausting. The fact that in some states you have to pay to get them makes it even more frustrating.

That’s why more and more people are turning to services like Truthfinder, which can help them in just a few minutes, Truthfinder background check reviews show. With the Truthfinder service, you have access to:

Another important feature of this company is providing access to the best criminal background check. Due to the fact that it has access to real-time data from the Federal Bureau of Investigation and other similar agencies in the US, you can run your Truthfinder investigations on anyone you want.

You can search all records with just a name, and you can also do a quick search to find out the crime rates in your state. Customer reviews show that they find this feature quite helpful.

Every felony or misdemeanor that a person is being suspected of can be found with just a few clicks with the Truthfinder service. However, remember that an arrest doesn’t mean the person committed the crime; only a criminal conviction does.

In this Trutfinder review, we take a close look at one of their most important features, the ability to check if someone is on the sex offender list. The fact that the service offers a detailed view of the sex offender database, together with images, addresses, and specifics about any of their past sex offenses, was one of the main perks that customers loved in other customer Truthfinders reviews.

Another feature that might be extremely helpful when trying to look up any of your lost relatives or friends is the so-called address lookup feature.

Just like other background checkers, you can find someone’s address with only their first and last name. To make the process easier, all of the information is processed within a few minutes.

According to customer reviews about Truthfinder, with this feature, you get a detailed report, including people that live at the given address, neighbors, location details, and a satellite map.

The phone lookup feature, as the name suggests, allows you to look up the owner of a telephone number just by the digits. Therefore, as we’ve already mentioned, the Truthfinder service has a pricing plan specifically designed for reverse phone lookup.

The cost of Truthfinder for this feature is $2, which is quite low compared to other services. With this service, you can identify the caller just by their phone number.

However, the Truthfinder service offers a more detailed report than just that. It also includes other phone numbers associated with that number, the phone owner’s education, together with photos of the person.

If you fear that the company is not the real deal, rest assured that Truthfinder is legit. With the Dark Web scan, the Truthfinder service searches millions of data points on the Dark Web, from which you can efficiently monitor bulletin boards, forums, chats, social media forums, web servers, and web services.

This feature is relatively new to the Truthfinder service. However, it has helped a lot of people find distant relatives and ones that they didn’t even know they had. It also boosted Truthfinder ratings to a whole new level.

With the Truthfinder service, you can record your entire family tree, both alive and deceased relatives. It can also be a great way to leave something for generations to come.

What makes Truthfinder different from other background check services is its mobile app. This free to download app shows information ranging from background data to arrest records and phone lookups.

According to the customers’ Truthfinder app review, the app is very similar to the website and very simple. It is available for both Android and IOS systems. Therefore, if you always like to be on the go, this background checker might be the perfect service for you.

You can reach customer support either through email or phone for any issues or questions you might have. As far as reviews for Truthfinder are concerned, the support team received a lot of praise from their customers.

The company has an A+ rating by BBB, and part of the reason for such a high grade is its customer support that always replies to negative reviews and does its best to fix any issue.

If you want to get in touch with long lost relatives or just do a random check on your next-door neighbor, then the Truthfinder service is the way to go.

In this Truthfinder review, the main thing that we noticed was that even though the service doesn’t come with a free trial period, that doesn’t seem to deter potential customers. This can clearly mean that paying a full membership price comes with a lot of perks, and is more than worth it.

Therefore, it shouldn’t come as a surprise that this service has an A+ rating by the BBB and gets constant praise from its customers.

Is Truthfinder free and legit?

The service won’t make your computer or mobile device an easy target for hackers or viruses. All the searches are safe and secure, and all your individual information is well-protected.

The service doesn’t save your bank card information on internal systems, which means nobody can steal your personal information from company servers.

However, the Truthfinder service isn’t free as it has three different pricing plans. Truthfinder is a legitimate service, and its website has an A+ rating by the BBB and over 15,000 five-star reviews on Google Play.

Is there a fee for using Truthfinder?

The basic one-month price plan will set you back just $30 per month. With this membership, you have unlimited background checks and unlimited reverse phone lookups.

The 3-month Truthfinder cost also offers complete background checks and unlimited reverse phone lookups, which will cost you somewhere around $26 per month.

Finally, the reverse phone lookup plan does not offer unlimited background checks, but you can find as many phone records as you want for just $2. Keep in mind that you can make monthly payments through bank cards or via PayPal.

How do I get rid of Truthfinder?

The process of getting rid of Truthfinder is simple and straightforward, and you can do it in just six steps:

However, if you want to cancel Truthfinder through the phone, you can call customer support or reach out via email as they are always looking for ways to help customers.

Is it legal to use Truthfinder?

The service goes through millions of public records in only a few minutes, and judging by the available customers’ review of Truthfinder, we can say that it’s a reliable background check service.

The Truthfinder service may be legal, but it is not free. If you want to use it, you will have to pay for one of the three subscription plans. You can pay via bank card or PayPal. However, if you own a small corporation of any kind, you will first have to read FCRA rules.

The Truthfinder service enables you to make a complete background report and stay absolutely anonymous throughout the check. It keeps your whole search history private, so the person you are trying to look up can never know that you’ve searched them.

All you have to do to search anyone is to enter their first and last name in the search engine, and in a matter of minutes, you will have a complete background check report on the individual. According to customer Truthfinder reviews, the service offers you the opportunity to have a smooth and accurate user experience. 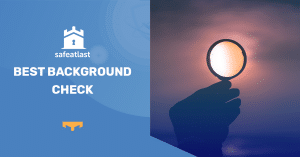 Best Background Check Sites in 2020 — The More You Know 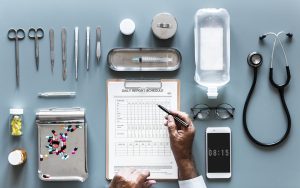