Ideally, welfare programs are mandated by the government to provide financial assistance to families in need. However, welfare fraud statistics show that this isn’t always the case. Some individuals take advantage of such programs, even though they don’t qualify.

Some questions might come to mind when thinking about this. How much money is the US government losing due to welfare fraud? Are things better or worse in other countries? How closely are identity theft statistics connected to welfare fraud?

Read on to find out more about the recent trends and statistics in welfare exploitation.

Welfare fraud may include federal or state benefits. It has spread throughout the United States, but according to statistics, it’s still pretty low in terms of incident numbers. This type of fraud could also be committed by individuals other than the beneficiaries, as in the case of identity theft.

1. On average, federal taxpayers are losing $100 billion a year to welfare fraud, abuse, and improper payments.

The average welfare fraud rate of $100 billion per year represents payments that should not have been made or have been overpaid, specifically improper payments, abuse, and fraud. This number doesn’t include all federal programs, so the financial loss may be even greater.

Welfare fraud costs the government more than all welfare programs, such as Temporary Assistance for Needy Families; the Child Nutrition Program; the Supplemental Nutrition Program for Women, Infants, and Children; and others, according to stats on welfare abuse. Improper payments are the result of fraudulent acts, recipient errors, and agency errors.

In just 16 years, the government lost a massive sum of money due to improper payments. As such, they remain a substantial financial concern for the government and the reason why the United States Government Accountability Office conducted a study to look into their estimated value.

In a single decade, the official improper payment rate tripled. The increase is mostly on paper. Federal agencies weren’t always able to detect or report abuse properly. These higher rates may reflect a growing number of improper payments, but they could also signify a higher detection rate of welfare fraud cases.

5. 24% of earned income tax payments are either erroneous or fraudulent.

While the percentage of people on government assistance increases every year, the United States Government Accountability Office reports that 24% of earned income tax payments in 2015 were fraudulent or improperly filed.

The error and welfare fraud percentage in Medicaid payments is particularly worrisome for states because of how expensive the program is. In 2015, it cost nearly $300 billion, and states were paying a large percentage of it. By contrast, the federal government is in charge of funding SNAP benefits. In 2016, states paid for about 37% of total Medicaid costs.

7. 46% of US adults believe that it is somewhat or very common for people to commit Medicaid fraud.

According to welfare abuse facts, Medicaid fraud is committed by individuals who deliberately falsify information to get Medicaid to pay for medical services and care. One type of such fraud is medical identity theft, which entails using another individual’s medical information to access healthcare goods, funds, or services. Although this type of fraud isn’t very common, many US adults still believe it is.

8. Around 30% of the amount spent on health-related welfare benefits is lost to improper payments.

This isn’t solely the percentage of welfare abuse. It also includes fraud and waste, but it’s still a pretty high rate for something as critical as health benefits. Despite continued efforts by assigned government agencies to decrease the number and value of improper payments, they only continue to increase, which is attributed to the massive size of the programs and a huge discrepancy in the supervision and evaluation of such programs.

The food stamp scheme, otherwise called the Supplemental Nutrition Assistance Program (SNAP), is affected by fraud in several ways. This includes exchanging the benefits for cash, alcohol, or other ineligible items and deliberately falsifying information to receive benefits that you’re not qualified for or receive more benefits than you’re entitled to.

9. 59% of US adults believe that SNAP fraud is somewhat or very common.

Experts believe that the food stamp fraud rate is only minimal because of the thorough application and eligibility review process. However, there’s a significant amount of distrust among the public when it comes to SNAP eligibility and fraud. That’s why, according to research, nearly three in five people think that SNAP fraud is somewhat or very common.

The error rate increased by 0.56% from 6.8% in the fiscal year 2018. Aside from determining the SNAP fraud rate, the FNS calculates payment inaccuracy rates and helps agencies determine the key factors that drive up error rates. States have to double their efforts to ensure that this taxpayer-funded benefit doesn’t fall into the wrong hands. Perhaps error rates are also affected by data breaches, 12% of which are perpetrated by government-related attackers.

The Food and Nutrition Service reports that $1 billion worth of SNAP benefits are lost to retailer trafficking, where a store exchanges benefits for cash of a lesser amount and then pockets the difference. However, SNAP fraud statistics are hard to ascertain, and the real figure could be anywhere between $960 million and $4.7 billion.

For large stores, the percentage is much smaller – 40%. However, it’s worth noting that these are estimates made by the Food and Nutrition Service (FNS), and their accuracy has not been verified. The FNS method of estimating the food stamp fraud percentage originated in the 1990s when they first developed the approach, and it hasn’t been evaluated since.

13. In the past five years, the USDA retrieved $463 million in fines, penalties, and improper payments.

Over the same period, 2,335 people were convicted of improper payments. Although it’s good that violators are convicted and some of the lost amounts retrieved, officials are still concerned about SNAP payment error rates increasing each year. However, the USDA emphasizes that the payment error rate includes both overpayments and underpayments, so it doesn’t necessarily reflect the actual percentage of people who abuse welfare.

14. 99% of disbursed SNAP benefits were not associated with fraud.

This means that, of the $66.5 billion disbursed for SNAP benefits, only 1% was associated with frauds in 2016, which was up from the 0.5% fraud rate in 2012. However, the problem should still be manageable, assuming that the government successfully monitors SNAP benefits and that the welfare fraud percentage doesn’t continue to grow.

The amount of SNAP benefits lost to fraudulent payments increased from $367.1 million in 2012 to $592.7 million in 2016. These figures were taken from identified incidents, which means that there could still be undetected cases not included in the stats. Of the many food stamp abuse facts, it’s interesting to see fraud increase when the number of people who have received the benefits has dropped by at least 5% during the same period.

The total number of fraud investigations in 2016 was 963,965, which was up by 30% compared to the figure from 2012. It’s also worth noting that nearly half of these recorded investigations were conducted in the State of New York.

Now that we’ve looked into the statistics in the United States, it’s time to look at how other countries fare in terms of monitoring and correcting welfare fraud.

This is just over one-third of what the American government loses each year, with causes varying from fraud and abuse to payment processing errors. Looking at other European countries, France loses $4.8 billion yearly, while Spain has an annual loss of $ 1.1 billion. What’s alarming is that, according to research, not a lot of countries even look into the local rate of welfare fraud.

18. In Australia, 1,280 convictions were made for single parenting payment fraud in just one year.

Among the top 15 benefits provided by the government, single parent payments were at the top of the list with most fraud cases in the one-year period between 2008 and 2009. Newstart allowances (unemployment benefit) came in second with 1,045 convictions.

The Department of Justice in Canada reported that the number of welfare fraud cases committed by women doubled in 2000–2001 in comparison to 1997–1998 when the number was just 3,136. The majority of the convicted women were imprisoned for less than two years.

20. Approximately $76 billion is lost annually to fraud and error within the European Union.

Healthcare programs are more susceptible to fraud than other types of government aid. As in the United States, healthcare assistance programs in European countries are widely abused by individuals and households, according to welfare abuse statistics.

This is a 65% increase in just three years. Research shows that overpayments are a major concern for a handful of countries. These types of errors can either be caused by fraud or employee mistakes. Unfortunately, the numbers are continuing to increase, as shown in the yearly statistics on welfare fraud and improper payments.

Government agencies in charge of welfare continue to take measures to reduce not only welfare fraud and abuse but also improper payments. However, in spite of these efforts, the amount lost due to these errors is still continually increasing. It’s also important to note that the data on improper payments can’t be used to measure fraud because the agencies can’t identify intention.

To isolate welfare fraud in the United States, the government and its agencies have to go beyond the standard claims analysis. The human factor also needs to be involved to validate the intentions behind the trends and patterns we’ve been seeing in recent years.

Studying the statistics presented here is a good place to begin to understand these trends and start coming up with innovative solutions to this ongoing problem.

How many people abuse welfare?

Welfare abuse or fraud is the act of illegally using government safety net programs. This also involves someone purposefully misrepresenting personal information to qualify for benefits.

In 2016, fraud investigations increased by 30% from 2012, reaching 963,965 cases. That same year, the Office of Investigations for the Social Security Administration also looked into government program workers who were reported to be diverting or stealing welfare benefits. In total, 8,048 cases were opened, and 1,162 individuals were convicted.

How bad is welfare abuse?

Looking at the whopping 61% increase in welfare fraud from $367.1 million in 2012 to $592.7 million in 2016, you can see that the US government’s problem with welfare fraud is getting worse. When you include improper payments in the mix, the number skyrockets to an average of $100 billion per year.

This takes money and food away from the families and individuals who need them more. This is why government agencies are doing what they can to minimize welfare abuse and fraud, such as introducing a more rigorous application process to qualify for welfare benefits.

What is the percentage of welfare abuse?

Although welfare benefits have a lot of naysayers due to reported fraud and abuse, government agencies are maintaining their optimism. Their efforts in closely monitoring benefits also seem to be paying off.

According to statistics, there is only 1% of fraud in distributed food stamp benefits. This shows great improvement from 1993 when the fraud percentage was at least 4%.

Unemployment insurance payments have a fraud percentage of less than 2%.

When someone deliberately provides incomplete or inaccurate information to qualify for welfare benefits that they wouldn’t have normally qualified for, that person is committing welfare fraud.

Here are some ways in which they can do this:

It’s important to know who commits fraud and what scenarios qualify as fraud to ensure that the official welfare fraud statistics are as accurate as they can be. 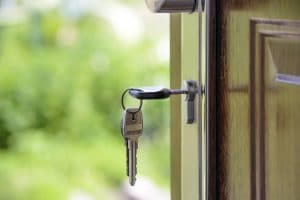 30 Useful Housing Statistics You Should Know 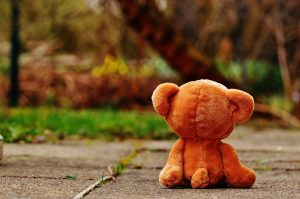